When Israel became a modern State in May 1948, who could have imagined that the Jewish people, God’s Chosen people, the children of Abraham, Isaac and Jacob would return to their Promised Land in modern times? Only those who knew Scripture, like the following verse in which the Lord speaks to Israel while they were exiled in Babylon.

“’I will put My Spirit in you, and you shall live, and I will place you in your own land. Then you shall know that I, the Lord, have spoken it and performed it,’ says the Lord” Ezekiel 37:14.

Our founder was invited first by Pastor Hank and Marilyn Marion of The Woodlands, TX and then by Israeli leaders in September 2016 to partner with them through the Jewish Agency for Israel. What they wanted was to connect with Christians who love Israel. They want to host Christian leaders in Israel to see the work the Jewish Agency is doing to fulfill Biblical prophecy and help Jews from dangerous places and wherever they were scattered to come home to Israel. The nation of Israel is very strategic in reaching out to young Jewish professionals as well, to build a strong, high-tech, effective Jewish State.

For more Scriptures about God’s promises to the Jewish people to bring them back to their Land, click here.

The Secretary of State vs. the President Revealed

The Lord’s covenant with Abraham HASHEM (The Lord) said to Abram, “Go for yourself from your land,... 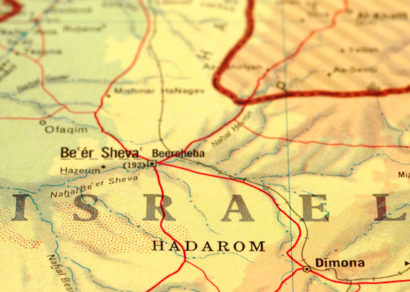 When Israel became a modern State in May 1948, who could have imagined that the Jewish people,...